First thing I want to mention with this Kool King Portable Air Conditioner is its size – it measures in at 18.88 x 18 x 34.88 inches so when comparing it to other similar air conditioners it is about average. Basically, it’s a fine size for placing in a corner of a room without using a lot of space.

When it comes to installation it’s very easy and simple and only took me about 20 minutes to get up and running. When the AC is running there are 3 different cool speeds so you can adjust as you need to. On the highest setting, it will cool a room very quickly – you will notice the change in temperature very quickly. Along with the 3 speeds there is a sleep mode which is basically a standby mode mostly used when you are using the memory to pre-set a cooling time. 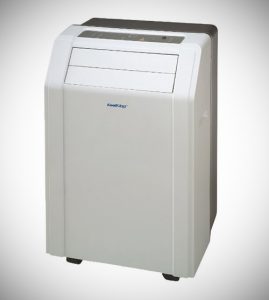 This air conditioner comes with an LCD display screen where you can program the AC to run at set times using the built in 24-hour timer.

When it comes to general build quality and appearance this Koolking AC is great everything is well made and strong and while it may not look the highest end – it is subtle and does everything that you need an AC to do.

When you want to move this AC around is very easy to do. Thanks to not weighing too much, moving it around occasionally shouldn’t feel like a chore or a hassle.

Another handy thing with the AC is that it comes with a remote for wireless operation. This is such a great feature to have and you don’t often find that on more affordable air conditioners like this one so having it included is great and such a nice convenience to have. But be warned once you have an AC with a remote you won’t be able to go back to one without it!

One final thing I would like to mention about this unit is that due to it being a smaller sized unit it’s cooling will likely not be sufficient enough for bigger rooms like the living room or kitchen where it gets warmer when cooking but for the typical bedroom it will be more than enough to keep you ice cold!

If you are on the market for a cooler that’s affordable and portable then this delonghi pinguino portable air conditioner is definitely worth considering. Delonghi… 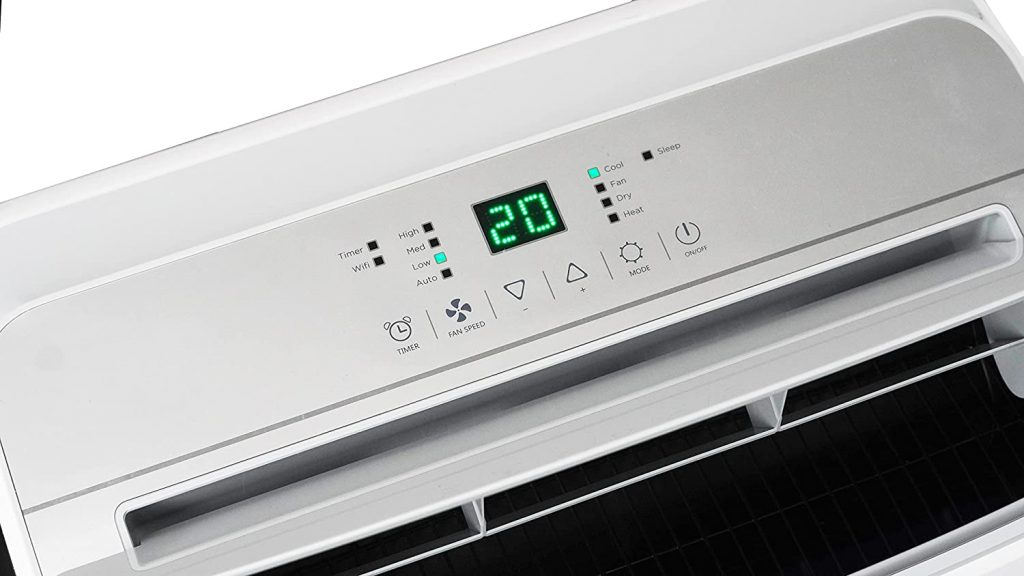 Though this Danby AC is an affordable option you wouldn’t of thought that when it comes to design and build quality. It looks great in…

When you’re on the jobsite you need power lots of power and I’m not talking about for tools but to literally BLAST your music. Having…