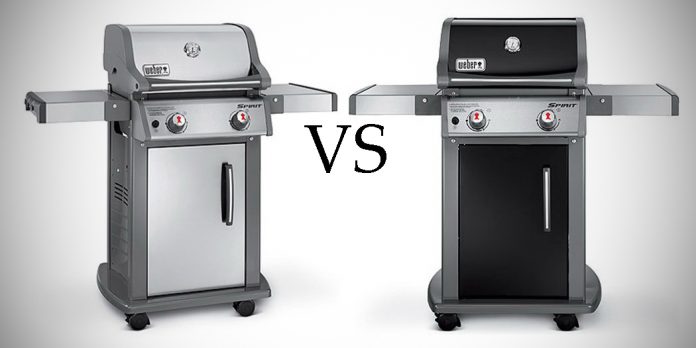 Are you looking to get that BBQ feeling?

Yes, I know you are! And I am sure Weber are on your radar. Weber are one of the best-known companies for creating quality grills primarily for outdoors use.

Today I have chosen to compare 2 of Weber’s grills the E210 and the S210. Both has a very similar design and even have the 210 coding but what is the difference between them and which one is the best option? Today I will answer this question. As the 2 grills are very similar I will write a review of what that benefits/downsides are – these same features and benefits apply to each of them. Then after I will compare them and their differences. 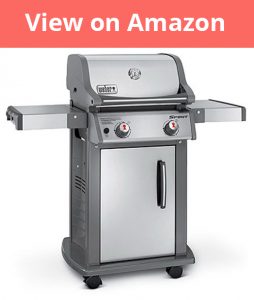 Firstly, I want to talk about the build quality and overall design of the grills. The materials that have been used for construction are top quality. It has side tables that extend out for preparing your food or whatever you like. These side panels also fold down which makes for storing it in a tighter space much easier.

There is a lot of small things they have done well for a couple of examples – there are plastic hooks all the way along the edge of both of the trays which can be used to hand utensils etc. For another example, instead of the standard cooking wire you will usually find on most grills they both have cast iron bars. These cast iron bars hold the heat well and allow you to sear your meat if you like which for me is one of the benefits of grilling.

A lot of people have the concern that if you are buying a grill like this you will need to assemble it yourself. Though when I did the assembly it was surprisingly simple thanks to the guide which uses pictures to show you how to construct it. And the great thing is when you get it constructed you are rewarded with this piece of art, yes art because that is how premium and high quality this grill looks especially in the dazzling sun.

Another feature I particularly like about this grill is the drip tray. In the past, on other grills I have used lower quality trays that not only became filled too quickly with oil but they were really a nightmare to clear. With these grills, you won’t have this problem because the drip tray is big and is covered with an aluminum liner which can be removed and replaced after each cooking session. Before in another generic grill I had I used to dread having to clean the drip tray but here I never have that same level of annoyance.

These grills offer 26,000 BTU units of heat what this equates to in real terms is – I can get the heat to over 600 when the cooking box is closed. On the grill, there is an area where you can put your food once it is cooked – it will keep the food warm but it won’t cook it further. I personally found this so handy for cooking, once something was cooked and I was waiting for something else to finish I would simply place it on the warming area instead.

One small downside I saw to this grill is the cooking surface isn’t the biggest so if you are the type of person you needs to be cooking a lot of things a one time it isn’t ideal. I know this is nit picking but it’s definitely worth mentioning. 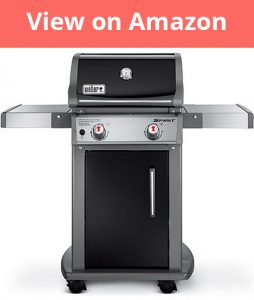 The one obvious difference between them is the appearance. The S210 is made almost entirely from stainless steel whereas the E210 has more plastic elements throughout. Though when comparing both there is only a small difference in terms of quality. Undoubtedly the S210 will be able to last longer thanks to the inclusion of the stainless steel though the E210 is still a quality product that will last for a long time. The main difference is the S210 looks a bit classier and more high end than the E210.

The third and final difference between them is the price. The E210 is usually about $100 less than the S210 at my current time of writing. So, without a doubt the E210 offers more affordability and better value for money than the S210.

For me personally while the S210 is slightly better than the E210 in a couple of areas I would go for the E210, let me explain why. You get almost the identical quality and features of the S210 all while paying a more affordable price. Though if you want to use natural gas or particularly like the stainless steel finish on the S210 then I can to recommend it.

Both grills are very high end and top quality and I have no problem recommending both though I would personally opt for the Weber E210 primarily for the saving you are getting. 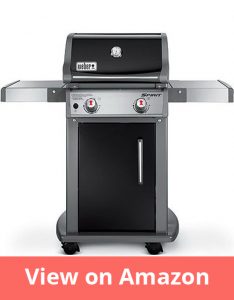 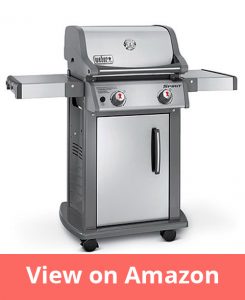